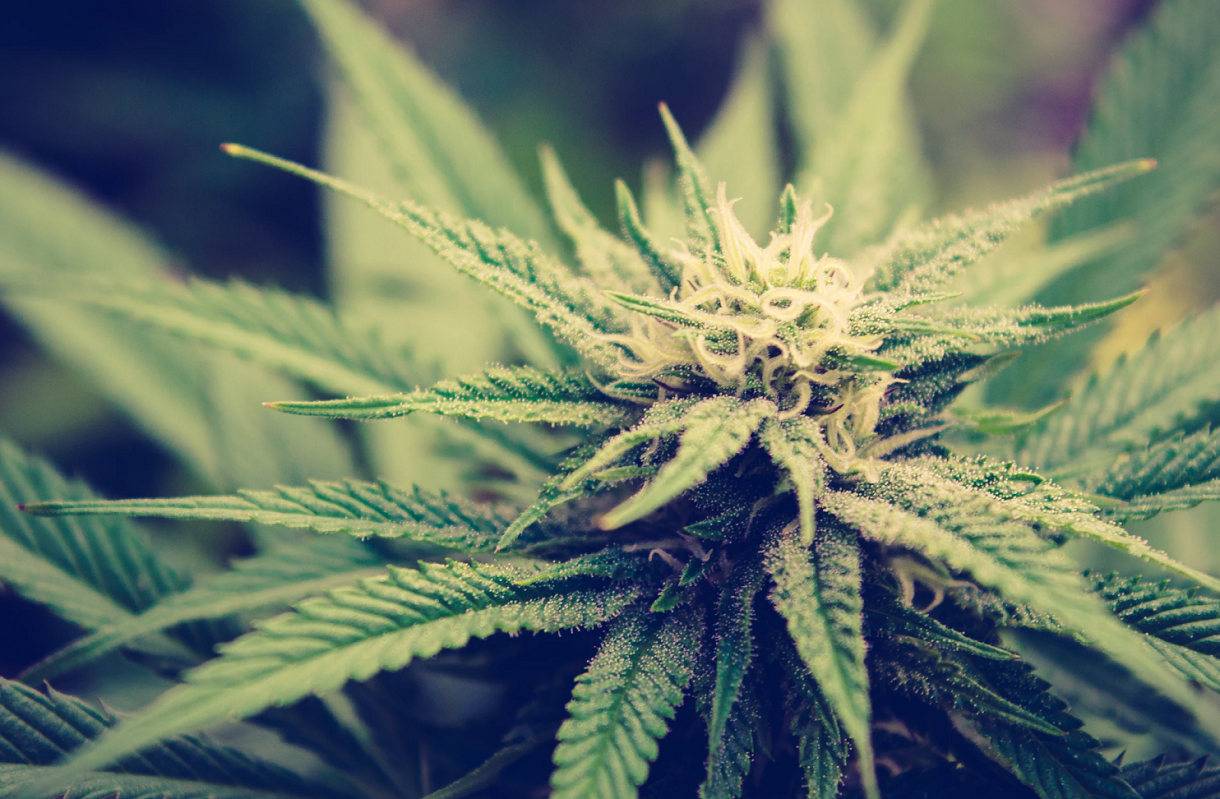 The flowering phase varies from about 6 to 22 weeks for pure indicas with their shorter flowering time than pure sativas. Mixed indica/sativa strains have an intermediate flowering time. The sex is clearly revealed in the first phase, the actual flowering. Males produce little ball-like flowers clustered together like grapes called panicles. Most plants (except auto flowering strains that flower independently of photoperiod) begin to flower under diminishing light. In nature, cannabis plants sense the forthcoming winter as the Earth revolves about the Sun and daylight reduces in duration (see also season). The next phase consists in the fruition (or fruiting): the females inflorescences that were not pollinated (i.e.: fertilized by male pollen) start to produce infructescences that contain sticky white resin-containing glands (or trichomes) in a final attempt for pollination by windborne male pollen. The trichomes produce resins that contain the largest amounts of THC and CBN, the two main psychoactive substances. Fertilized females continue to produce resinous trichomes but more plant energy is consumed by the production of seeds, which can be half the mass of a fertilized bract; thus, to maximize resin per gram, infertile cultivation is preferred.

Inflorescence that produce no seeds are called sin semilla (which translates to “without seeds” in Spanish, and is often misspelled as one word). Potent sin semilla is especially important to medical users, to minimize the amount of cannabis they must consume to be afforded relief. Cannabis with seeds is generally considered to be of inferior quality and/or grown with inferior technique.

The budding fruits of a male cannabis plant

Cannabis grown is induced into flowering by decreasing its photoperiod to at least 10 hours of darkness per day. In order to initiate a flowering response, the number of hours of darkness must exceed a critical point. Generally the more hours of darkness each day, the shorter the overall flowering period but the lower the yield. Conversely, the fewer hours of darkness each day, the longer the overall flowering period and the higher the yield. Traditionally, most growers change their plants lighting cycle to 12 hours on and 12 hours off since this works as a happy medium to which most strains respond well. This change in photoperiod mimics the plant’s natural outdoor cycle, with up to 18 hours of light per day in the summer and down to less than 12 hours of light in fall and winter.[citation needed] Some ‘semi-autoflowering’ strains that have been bred exclusively for outdoor use, particularly in outdoor climates such as that of the UK, will start flowering with as much as 16–17 hours of light per day. Usually they can start flowering in July and finish far earlier than other strains, particularly those that haven’t been bred as outdoor strains. Semi-autoflowering strains can be harvested before the weather in northern latitudes becomes very wet and cold (generally October), whereas other strains are just finishing flowering, and may suffer from botrytis (grey mold) caused by wet weather. Alternatively growers may artificially induce the flowering period during the warmer months by blacking out the plants for 12 hours a day i.e. by covering the plants with black plastic for example, which excludes all light during this period so the plant can flower even during long days.

Although the flowering hormone in most plants (including cannabis) is present during all phases of growth, it is inhibited by exposure to light. To induce flowering, the plant must be subject to at least 8 hours of darkness per day; this number is very strain-specific and most growers use 12 hours of darkness.

Thank you for
your submission!
We’ll get in touch with you shortly.